Posted on May 23, 2016 by Peace Lutheran Church Wayland Massachusetts 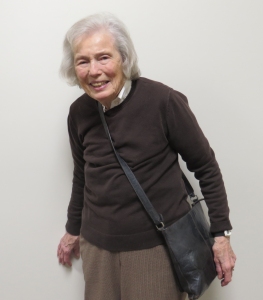 Joanne Davis
After college at Oberlin, Joanne worked as a reporter for a Worcester daily newspaper.  She married and raised three children. When her children were in school, she earned a master’s degree at Harvard School of Education. She was a first grade teacher in the Wayland Public Schools for 24 years. Joanne lives in Wayland and was a member of the Episcopal Church of the Holy Spirit. 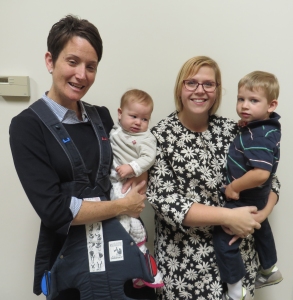 Inga Lennes and Amy Carlin, Jack and Marigold
Amy was born in New York and grew up in Tokyo, Japan. She was raised in the Roman Catholic Church. She has a graduate degree in public health from Boston University and a graduate degree in social policy from Brandeis. She works in philanthropy.
Inga grew up in Minnesota and went to Mt. Holyoke College and University of Massachusetts Medical School. She is an oncologist at Mass General Hospital.Amy and Inga’s children are Jack and Marigold. Jack was baptized at University Lutheran in Cambridge, Mass. Marigold will be baptized here at Peace on June 19.

Kensing Ng
Kensing lives in Wayland. He graduated from Johns Hopkins with a degree in political science. He has a law degree from Columbia University Law School. He recently passed the bar exam.

Sidney Richard Burke was baptized yesterday
Sidney Richard was born May 12 in Newton, Massachusetts. His parents are Diane and Dan. His brother is Harry. Sidney’s sponsors are Cindy Voutila and John Trifilo.